Home Blog How to Find the Perfect Influencer: 5 “Must Have” Factors

How to Find the Perfect Influencer: 5 “Must Have” Factors

Influencer marketing is one of the fastest growing online industries, expected to hit the $10 billion mark by 2020. About 72% of brands appear to be dedicating a large portion of their marketing budgets to influencers and you should too.

Successful influencers appear to be making $80,000 and even more and some charge thousands for a simple post. However, don’t let this scare you. There’s still an opportunity to make most of your budget. You only need to find the right influencer, who’s perfect for your business and target audience.

This, however, is easier said than done. There are a number of influencers out there but they may not all be right for you. Here’s how to find the perfect influencer in five easy steps.

First Understand Your Own Target Audience

You must understand your own target audience before you can move to select an influencer.

It is a lengthy but very important process. You must know where to find your audience so that you can identify the right influencer.

A single influencer may not be effective for your entire audience. Hence, you may have to hire the services of multiple influencers to reach every corner.

How to Find the Perfect Influencer: 5 Factors

Without much ado, let’s have a look at five things to pay attention to when finding the perfect influencer: 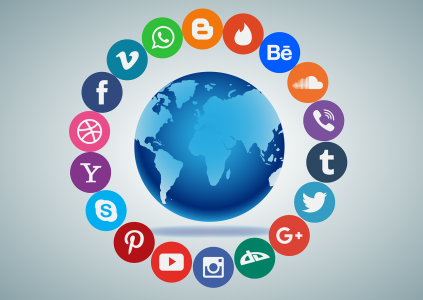 The right social platform depends on your audience. For example, if you’re catering to professionals then LinkedIn might be a good choice since it is popular among businesspersons.

Know where your audience is and then choose an influencer who has a good reach on that specific platform.

One person may not be popular on all platforms and one user may not be active on all social media outlets.

You may even decide to work with the perfect influencer who is popular on all platforms.

Let’s first understand the difference between the two options:

Macro influencers have a large number of followers, usually above one million. Back in the day, only well-known celebs had such a reach but now there are many Insta-celebs who have millions of followers.

There are many advantages of choosing to work with macro influencers:

Cost is the biggest downfall here. Consider the case of Christiano Ronaldo who has about 240 million followers across different platforms.

These are huge figures and not everyone may be able to afford the likes of Christiano Ronaldo. For such people, there are micro-influencers.

Micro-influencers have fewer followers, from a few thousand to less than a million. Despite the small size of followers, there are several benefits of collaborating with them:

An influencer with 1 million followers can increase engagement by about 1000% more when compared to someone with only 250,000 followers, according to this report.

On the other hand, micro-influencers may be a good choice if you have a niche audience. For example, you can work with a makeup artist who is popular in a specific city if you offer products in the same city.

#2 The Geographic Location and Audience

Consider your audience. Do you want to sell your products or services on a global level or a smaller scale?

As mentioned earlier, global influencers are more expensive but local influencers can be more effective if you want to reach a local audience. For example, working with a local celebrity can be very beneficial for a local pizza shop.

Even big companies like DHL and Puma have used local influencers to reach a bigger audience. It can be a good strategy when you want to introduce your product or service to a new market.

Most influencers build an audience with a specific type of content. Some use live videos to get in touch with followers, some post photos and videos, and some even write articles.

This is a very important factor because you may want to use a specific type of content to reach your audience. Videos are said to be very effective but not all influencers may be interested in making or posting videos.

It’s better to be clear about your strategy if you’re going to find the perfect influencer who’s willing to work with you. The cost may differ based on the nature of the content.

Most people will charge you more for making a video talking about your product compared to writing a line or two about what you do. However, some small-time influencers may be willing to post free reviews and testimonials in exchange for products.

Discuss the cost in advance and be clear about the ROI.

This should be your number one priority when selecting an audience. A lot of celebrities and influencers have millions of followers but they do not enjoy a positive image. You should stay away from such influencers as they may damage your name instead of giving it a boost.

Understand audience perception and work with influencers who enjoy a true following. You can look at comments, engagement rate when making this decision. 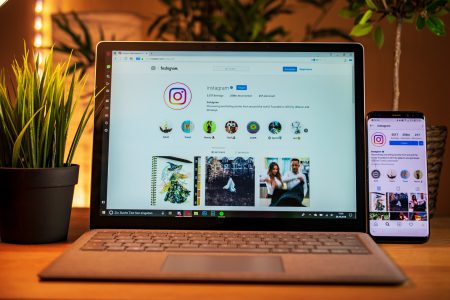 All in all, finding the perfect influencer would mean they are within your budget and can help you reach your target audience. This technique is what helped the best influencer programs for May 2019 achieve their marketing success!

GET ALERTS ON NEW PROGRAMS

What trendy fashion brands do we have lined up in the world of brand collaborations? Fine jewelry. Italian-style boots. Luxury fashion. Dazzling boutique dresses. Glamorous outfits.  Hot jumpsuits. Sophisticated casual wear. Bohemian fashion. And enough style to have you dressed up—season after season, occasion after occasion. So fashion ‘grammers, are you ready to get posing, […]

STAY UP TO DATE ON ALL THINGS INFLUENCER!